Sushi, tacos, kebabs, tandoori. Who, for once, did not indulge in the ethnic cuisine flavors and aromas?  Few Chinese restaurants and some fast food with the Stars and stripes led the way in the 90s, when the “ethnic” food was a real novelty.

Today things are a bit different: by now ethnic stuffs have become a fashion and the offer of different foods and products is very wide. However the curiosity to try an exotic dish remains. In Italy the food and catering industry called “ethnic” has almost 50.000 restaurants (data from Leone Moressa Foundation, 2012) and this number is expected to grow. 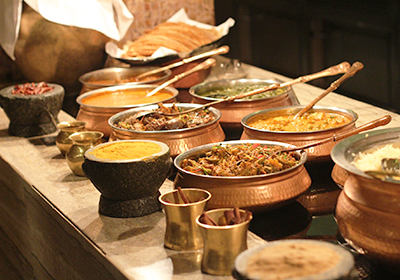 In Italy, the food and catering industry called “ethnic” has almost 50.000 restaurants. The IZSVe Observatory has carried out a research with the aim of studying the characteristics of ethnic food consumers in the Italian context.

Nowadays the discourse on food from around the world has received wide media coverage. One reason is the globalization, which favored the flow of people and the exchange of different cultural and gastronomic traditions. But also Expo, the largest exhibition on food hosted this year in Milan fostered the interest on this topic.

The ethnic food is so much more than new ingredients, recipes and preparation methods as it is closely linked to identity, tradition and culture of different countries and people.

But what is the attitude of Italians towards the ethnic foods? And who is the consumer of ethnic food in Italy?

The IZSVe Observatory has carried out a research with the aim of studying the characteristics of ethnic food consumers in the Italian context.

The study was realized within the project “Ethnic food and food safety: microbiological issues, adverse reactions, fraud and risk perception by the final consumer” funded by the Italian Ministry of Health (RC 17/12).

The knowledge of ethnic food consumption dynamics is important not only for the description of a social phenomenon but also to situate the issue of food safety within a sociological frame. Actually the investigation presented here is part of a larger research that aims to study consumers’ risk perception and assess the health standards of the ethnic catering industry.

The data, collected from a sample of 1,317 respondents, show that consumption of ethnic food is fairly widespread. The ethnic food is appreciated and consumption trends are growing. Italians prefer especially the Arabic cuisine, the Chinese and the Japanese. 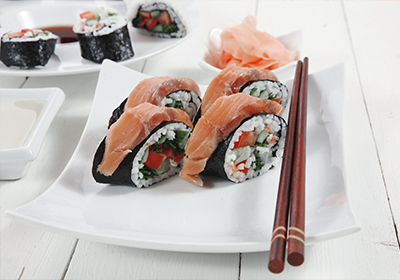 The Italian consumer of ethnic food is female, worker, is older than 35 years old, has children, lives in the North of Italy, has a medium-high level of education.

The study shows that the Italian consumer of ethnic food is female, worker, is older than 35 years old, has children, lives in the North of Italy, has a medium-high level of education. Women love ethnic food more than men (52,5% versus 47,5%).

Where and what do Italians eat?

Restaurants are not the only environment for ethnic food consumption: many Italian consumers prepare this food by themselves at home.  The 75% of the sample reported purchasing ethnic food, especially in supermarket (48,3%) or in small food shops run by foreigners (17,2%).

Which are the most purchased food products? Chinese and Japanese products are at the first place (38,8%), followed by Mexican/ Latin American ones (25,7%), Arab/ Middle East ones (14,2%) and South-East Asia ones. 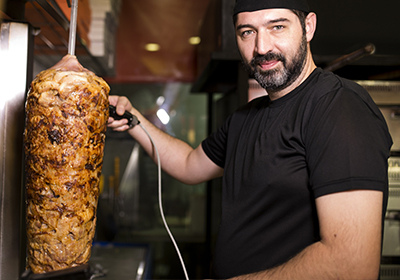 Ethnic dishes are a relatively low cost food, accessible to almost everyone, considering that more than half of the sample declare some difficulties in meeting their financial responsibilities.

Ethnic dishes are a relatively low cost food, accessible to almost everyone, considering that more than half of the sample declare some difficulties in meeting their financial responsibilities (51,4%). The reasons for the consumption of ethnic food are different: certainly to eat something different (51,4%), but also for cultural (31,1%) and economic (7,4%) reasons.

How is it possible to come in contact with the ethnic cuisine? Mainly through family and friends (50,4%) but also travelling to foreign countries (24,5%).

In conclusion, the picture here described shows that the acceptance and diffusion of new eating habits among the Italian population is influenced by the increasing availability of ethnic restaurants and shops.

However there are other factors – that require a more in depth analysis – that can lead the food choices, such as travels in foreign countries, the requests of increasingly demanding consumers in terms of variety of food, the exploratory and playful attitude towards food of young people especially.