The IZSVe was founded on June, 14, 1929 in Padua and today it is part of the Italian National Health Service, together with other nine other similar institutes, each of which covers a specific geographical area of Italy. The IZSVe is responsible for the North East of Italy.

The IZSVe headquarter is located at Legnaro, Padua.

The mission of the IZSVe is the preservation of public health, in terms of food safety and prevention of zoonoses, and animal welfare, in terms of animal health and living conditions.

The IZSVe promotes public health, it guarantees that controls on the food-production chain are performed, and fosters an improved coexistence between human beings and animals. This is achieved by focusing on four main areas:

The IZSVe is organized into three structures:

The Strategic Structure consists of 3 operating units (O.U.) and 2 services responsible for the management of strategic activities and for support the government of the Institute:

The Health Structure is divided into Divisions, which are responsible for coordinating the various activities of the IZSVe, Deparments, located at the IZSVe headquarters, and Peripheral Diagnostic Laboratories, distributed throughout North-Eastern Italy.

The Administrative Structure disposes of all administrative procedures required to support the institutional and research activities provided by the IZSVe. This structure consists of four Departments:

The Istituto Zooprofilattico Sperimentale delle Venezie (IZSVe) has established an Animal Welfare Body, to transpose Directive 2010/63/EU (Decision of the Director General no. DDG 218 of 5 May, 2014) in accordance with art. 25 of Legislative Decree DLGS no. 26 dated 4 March, 2014.

The Animal Welfare Body serves as an interface with researchers, from whom it receives study projects involving the use of animals. The Animal Welfare Body liaises with the Ethics Committee of IZSVe to evaluate these projects and provide the opinions needed to apply for authorization from the Ministry of Health. The Body has the task of interfacing with the Ministry and then with the researchers in relation to project approval.

Pursuant to art. 26 of legislative decree DLGS no. 26/2014, formalized in the Decision of the Director General DDG no. 218, dated 5 May, 2014, the Animal Welfare Body (OPBA) performs the following duties:

The Animal Welfare Body of IZSVe is formed by:

The IZSVe has had its own Ethics Committee since October 2007. Its goal is to appropriately implement the organization’s mission by responding to the need to guarantee animal welfare within an ethical and regulatory framework.

IZSVe’s Ethics Committee is an independent interdisciplinary body whose objective is to ethically assess study protocols and production procedures involving the use of animals for experimental purposes. The body also provides an advisory service to other requesting organizations on ethical matters in which the Institute has expertise. The Ethics Committee has the task of evaluating the methodology and implementation of studies or activities proposed by researchers in relation to the values of the Istituto Zooprofilattico delle Venezie, focusing specifically on criteria able to combine the specific needs of scientific research with the protection of animal welfare.

Other objectives pursued by the Ethics Committee include promoting ethics applied to sciences that use animals for experimental purposes, partly in collaboration with other research centres and institutions, and training research staff to acquire the necessary skills and professional qualifications, in accordance with the 3-R ethical approach (replacement, reduction, refinement).

In accordance with IZSVe Ethics Committee (EC) Regulations, the Committee has the following institutional duties:

The Ethics Committee of IZSVe is composed of the following members: 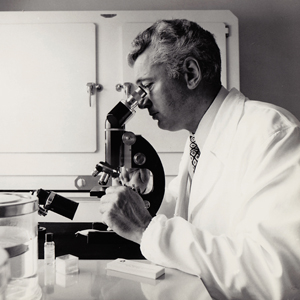 On June 15, 1929, the IZSVe was inaugurated in Padova, as the result of an initiative of provinces in the Triveneto area, whose objective was to establish a scientific-experimental centre that would provide zootechnical support to stakeholders in the area.

The history of the IZSVe has involved a group of individuals, including directors, presidents, and health, technical and administrative personnel, who have remained dedicated to their work throughout the 20th and 21st centuries, from the difficult war years to the post-war recovery, from the economic boom of the 1960s to the birth of the research activities in the 1970s, and from the beginnings of Europe’s free market to the new challenges posed by globalisation.

Eighty years later, the promotion of public health and animal health continue to represent the main objectives of the IZSVe, which has succeeded in meeting its objectives thanks to a team of individuals whose extraordinary commitment has allowed the IZSVe to build a future characterised by innovation, quality, knowledge, and scientific expertise, allowing it to make a true difference at the global level.

On June 15th, the the Stazione Sperimentale delle Tre Venezie was created on the outskirts of Padova by the provinces of Belluno, Bolzano, Fiume, Padova, Pola, Rovigo, Trento, Treviso and Vicenza, with other provinces adhering to the initiative in later years: Verona in 1929, Trieste and Venezia in 1931, Udine in 1932, Gorizia in 1937, and Ferrara in 1950. The first activities of this Institute included the diagnosis of livestock diseases, experimental research, teaching activities, and the dissemination of technical-scientific information, with the objective of responding to the needs of stakeholders in the area.

In 1941, the Institute began to produce a vaccine for epidemics of foot and mouth disease in the bovine population; vaccine production continued until 1991, when it was suspended following the issuing of EC legislation on disease control. The Institute also began activities in food bacteriology, which over the years would become fundamental for food safety.

In 1950, the Tori Centre for the artificial fecundation of cattle was created with the objective of treating and preventing infectious sterility. In the post-war period, the areas of avian pathologies, virology, and serology were among the first specialised areas to be developed.

In 1958, new virology laboratories were constructed for the purposes of tissue cultivation and vaccine production.

In an overall context of technological and productive development, the Institute developed major technological and methodological innovations, especially in the areas of virological research and the control and prevention of infectious animal diseases.

In 1970, the passing of legislation on the reorganization of the IZSVe determined the new direction that the Institute would take, which are now part of the National Public Health. In this period, major developments were made in the agro-industrial system, with a simultaneous increase in scientific knowledge. The IZSVe launches an intense phase of redevelopment of its activities with chemical, bacteriological, and virological laboratories.

As a result of the consolidation of the laboratories of the IZSVe, in 1980 the research activities begin to.

In 1990, the Veneto Region established CREV (Regional Centre of Veterinary Epidemiology) at the IZSVe.

IN 1993, legislation on the reorganization of the IZSVe redefined its structure, responsibilities and functions. This legislation acknowledged two fundamental elements of the reform of the National Health System, in particular, the decentralisation of responsibilities, with a shift towards the regional level, and the process of privatisation of public health facilities.

In this period, the epidemics of avian influenza in the western part of the Veneto Region, in particular in the province of Verona, led to intensive research activity and resulted in the IZSVe gaining international attention, with diverse recognitions of excellence.

In 2006, following a restructuring, the services and research activities of the IZSVe began to be increasingly focused on health issues of international importance. In the same year, the Global Initiative for Sharing All Influenza Data (GISAID) was created, a public database for the transparency of data and the free exchange of genetic information with the international scientific community.

New diseases and the safeguarding of public health: the IZSVe faces the challenges of the major health issues of globalisation. Relations are strengthened with stakeholders in the area (e.g., institutions, production categories, consumers), so that the IZSVe can act as a leader at the national and international level, allowing it to adequately safeguard public health and satisfy emerging needs.

The headquarters of the Istituto Zooprofilattico Sperimentale delle Venezie are located in Legnaro (Padua), in the North-East of Italy (Venice area). The complete refrences is:

How to reach the headquarters in Legnaro

By public transportation from Venice’s airport

Venice’s “Marco Polo” International Airport is approximately 30 km from Padova. There is a public bus service from the airport to Padova, which takes approximately 1 hour. The bus stop is on your right as you exit the airport from the arrivals hall. Buses are marked “SITA” and tickets (which cost approximately €4) can be either purchased in the airport (at the ATVO agency in the arrivals hall) or on the bus itself. Get off the bus at the end of the line in Padova’s main bus station (Piazzale Boschetti). To reach the IZSVe, you must take another SITA bus from Piazzale Boschetti to Agripolis (approximately 30 minutes).

There is only one railway station in Padova which is served regularly by trains from most major Italian cities (e.g., Milan, Verona, Bologna, Rome). www.trenitalia.com. Information (7.00 am – 9.00 pm) – Telephone: (+39) 049 8224456. To reach the IZSVe from Padova’s train station, you must take a SITA bus to Agripolis (approximately 30 minutes). The bus stop is directly outside the train station. Tickets (approximately €3) can be bought in the ticket office in the train station’s arrivals hall or on the bus itself. When buying tickets, please specify Agripolis as your destination. Ask the driver to let you off at IZSVe or, when you get to Agripolis, which is the final stop, walk back about 100 metres to the previous stop, which is directly outside the IZSVe.

You will find taxi stands at Padova’s train station and in the city centre. The cost of a ride from the train station to the IZSVe should be between €20 and €25, depending on traffic. If you need a taxi you, can call the Cooperativa Radio Taxi Padova – Telephone: +39 049 651333.

Go to the Address book »

Latest news from the IZSVe