Skip to content
Home>EU One Health report: drop in reported zoonotic diseases in humans and foodborne outbreaks in 2020

EU One Health report: drop in reported zoonotic diseases in humans and foodborne outbreaks in 2020

Campylobacteriosis was the most reported zoonosis in the EU in 2020, with 120,946 cases compared to more than 220,000 the previous year. It was followed by salmonellosis, which affected 52,702 people compared to 88,000 in 2019. The number of reported foodborne outbreaks also fell by 47%. These findings are based on the annual EU One Health zoonosis report, by European Food Safety Authority (EFSA) and European Centre for Disease Prevention and Control (ECDC). 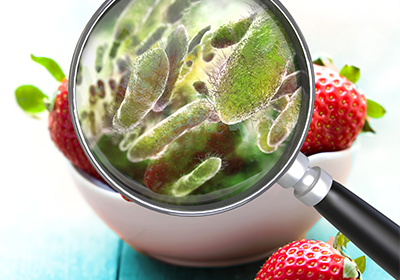 According to the annual report by EFSA and ECDC. the number of reported foodborne outbreaks fell by 47% in 2020. The large decrease in cases was probably due to the impact of the restrictions and mitigation measures adopted against the COVID-19 pandemic.

Experts acknowledged the impact of the COVID-19 pandemic in Europe in the remarkable drop in reported zoonotic diseases in humans – ranging from 7% to 53% depending on the reported disease in question – and foodborne outbreaks. Possible factors behind the large decrease in cases include changes in health seeking behaviour, restrictions on travel and on events, the closing of restaurants, quarantine, lockdown, and other mitigation measures such as the use of masks, physical distancing and hand sanitisation.

The next most commonly reported diseases were yersiniosis (5,668) and infections caused by Shigatoxin-producing E.coli (4,446). Listeriosis was the fifth most reported zoonosis (1,876 cases), mainly affecting people over the age of 64. Listeriosis and West Nile virus infections were the diseases with the highest case fatality and hospitalisation rates – with most locally acquired human infections of West Nile virus reported in Greece, Spain and Italy.

The report also monitors foodborne outbreaks in the EU, events during which at least two people contract the same illness from the same contaminated food. A total of 3,086 foodborne outbreaks were reported in 2020. Salmonella remained the most frequently detected agent and caused about 23% outbreaks. The most common sources of salmonellosis outbreaks were eggs, egg products and pig meat. The report also includes data on Mycobacterium bovis/caprae, Brucella, Trichinella, Echinococcus, Toxoplasma gondii, rabies, Q fever and tularaemia.