The Padova-based Institute has been designated as a FAO Reference Centre for Zoonotic Coronaviruses and as a WOAH Reference Laboratory for Avian Mycoplasmosis, in acknowledgement of IZSVe’s scientific expertise.

The Istituto Zooprofilattico Sperimentale delle Venezie has received recognition from two prestigious international bodies, namely the Food and Agriculture Organization of the United Nations (FAO) and the World Organisation for Animal Health (WOAH, formerly the OIE). The FAO Reference Centre is for zoonotic coronaviruses and the WOAH Reference Laboratory is for avian mycoplasmosis. This positive assessment of IZSVe’s scientific know-how in said diseases confirms its role as a hub of excellence for biomedical research and public veterinary health.

“We are extremely proud of these important recognitions which further consolidate the Institute’s international reputation,” announces the General Director, Antonia Ricci. “Our focus in recent years has been on the development of innovative lines of research and the study of emerging diseases. This achievement has been reached by the Institute as a whole thanks to scientific expertise of the very highest level and the ability to network internationally. I also extend my thanks to the Ministry of Health which strongly supported our candidacies at the respective international agencies”. 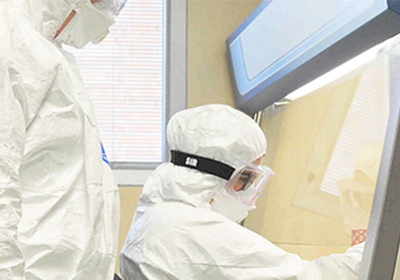 IZSVe has been appointed as a FAO Reference Centre for zoonotic coronaviruses in collaboration with the Istituto Zooprofilattico Sperimentale di Abruzzo e Molise (IZSAM), for a period of four years, under the direction of Dr. Francesco Bonfante, veterinary manager and Head of the Animal Model Research Laboratory based at IZSVe’s Special and Experimental Virology Unit. The Vice Director of the Reference Centre is Dr. Alessio Lorusso, veterinary manager of the Virology and Cellular Culture Division of IZS di Teramo. The two institutes’ shared candidacy as a FAO Reference Centre marks the culmination of a long and fruitful research collaboration in the field of veterinary virology.

During the SARS-CoV-2 pandemic, IZSVe contributed to monitoring circulation of the virus in Italian livestock and domestic animals, coordinating national surveillance and research activities of numerous Italian authorities for animal health and food safety. Despite the extraordinary nature of the pandemic, IZSVe reacted decisively to events, capitalizing on its decade-long experience in animal epidemic management and monitoring of emerging viruses with zoonotic potential. Specifically, the Institute trained research teams to study the spillover mechanisms, from wildlife to domestic animals, of various pathogens with pandemic potential (avian influenza, animal coronaviruses), adopting a One health approach.

The new FAO Centre is tasked primarily with assessment and management of the risk of zoonotic coronaviruses circulating in animals, through surveillance and characterisation of the pathogenicity and transmissibility of the virus. In addition, the Centre will provide technical and scientific support to various countries in the African continent and Middle East. The aim is to build the capacity of the international scientific community to promptly intercept the circulation of emerged or emerging zoonotic coronaviruses among wildlife and domestic animals. 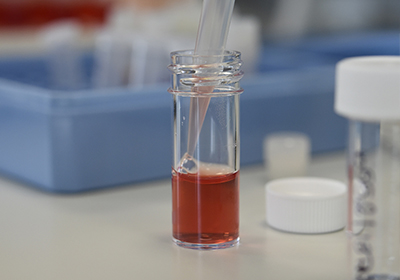 The Istituto Zooprofilattico Sperimentale delle Venezie (IZSVe) has been appointed as Reference Laboratory for Avian Mycoplasmosis by the World Organisation of Animal Health (WOAH).

The second important international acknowledgement for IZSVe is its designation as a WOAH Reference Laboratory for avian mycoplasmosis, formalized during the 89th General Assembly of the World Organisation of Animal Health (WOAH, formerly known as OIE), held in Paris from 23 to 26 May, 2022. Dr. Salvatore Catania, director of the Verona branch of IZSVe, has been appointed Head of the new laboratory. The Reference Laboratory will have a mandate for Mycoplasma gallisepticum and Mycoplasma synoviae and will provide technical, scientific, diagnostic, and advisory support and training to countries belonging to WOAH.

Avian mycoplasmosis causes infections particularly to animals’ respiratory and articular systems and can cause significant financial losses within the poultry industry. Over the years the Verona branch of IZSVe has established itself as a local hub for the prevention and control of communicable diseases in the poultry sector, including mycoplasmosis, and has developed technical and scientific expertise to address major health crises, such as the recent avian influenza epidemic.

The two international laboratories take their place alongside those already present at IZSVe, increasing the number of national and international Reference Centres to 18.