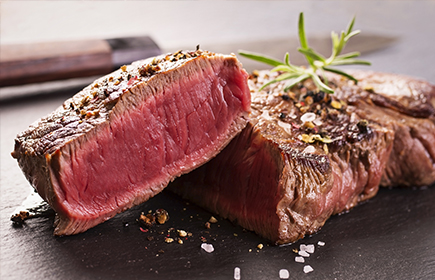 Residues of drugs that are potentially dangerous to human health can be found in food. A research project coordinated by the IZSVe has developed a method of evaluating the histopathological changes in beef cattle thymus caused by the use of certain substances

In foods of animal origin, residues of potentially dangerous drugs can be found that are harmful for both animal and human health. What happens with beef cattle?

“Anti-inflammatory drugs are permitted in the treatment of inflammation. Unfortunately, sometimes these substances are also used illegally as anabolic or growth promoters and, perhaps in combination with other types of drugs, to improve the yield and quality of the meat.

Long-term use of even small doses of these substances can have a direct impact on consumer health. It is therefore important that drug treatments are not only carried out according to regulations, but also that the control methods against illegal use are effective.”

Marta Vascellari, veterinarian at the Laboratory of Histopathology of the Istituto Zooprofilattico Sperimentale delle Venezie (IZSVe) has coordinated a research project, which had the aim of developing a method to evaluate the histopathological changes caused by the use of certain substances on animal thymus, a particularly important organ for the functioning of the immune system.

Thymus alterations due to dexamethasone 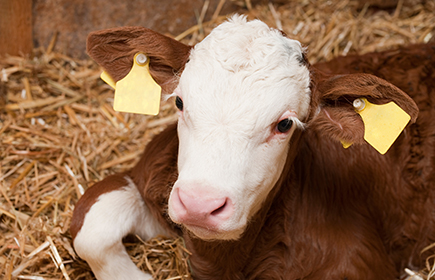 In the study conducted by researchers of the IZSVe (funded by the Italian Ministry of Health, RC 15/12) thymus alterations in calves and young bulls was examined, in which small doses of dexamethasone were administered, a substance with anti-inflammatory properties that is also used as a growth promotor.

The findings of this study demonstrate that dexamethasone, also in low doses, induces histological changes traceable in thymus, both in calves and young bulls

The sample analysis method was based on the association between fat infiltration, and alteration of the cortical-medullary ratio of thymus cells, and observations have confirmed an increase of fat infiltration inside the thymus and a significant decrease of the ratio between the cortex and the medulla of the thymus. The alterations were not present in animals that were not treated with the anabolic substances. 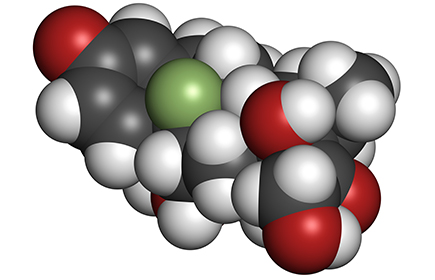 The progressive loss of thymus mass and organ fat infiltration are indirect indicators of corticosteroids use. The method developed could represent a useful diagnostic and replicable approach, applicable to screening programmes.

Since 2008, as part of the National Monitoring Plan for Drug Residues, a method based on the analysis of specific tissues of animals slaughtered regularly has been introduced, based on the assumption that the molecules used illegally cause an alteration in the form of some organs.

The thymus is one of the organs that lend themselves to this type of evaluation. This gland of the lymphatic system is essential for the immune system: the progressive loss of mass of this organ and the resulting fat infiltration are indirect indicators of the use of corticosteroids. Alterations are also detectable for a period of several days after the latest drug treatment.

The European Union has already regulated the use of these substances (Council Directive 96/23 / EC, Regulation EC 37/2010) and has planned checks on both animals and fresh meat. However, traditional methods have not always proven effective, with very high costs and long execution times.

The method developed by this study can represent a valuable diagnostic and replicable approach that is applicable to screening programmes, useful in supporting and directing official investigations on the illegal treatment in beef cattle.