Skip to content
Home>Leptospirosis in dogs and cats: diffusion in Italy and effectiveness of diagnostic methods and vaccines

Leptospirosis in dogs and cats: diffusion in Italy and effectiveness of diagnostic methods and vaccines 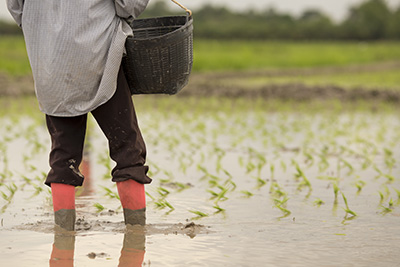 Leptospires thrive in flooded places and during floods. Still within living memory, leptospirosis was an endemic disease in northern Italy, even for humans. Nowadays the infection is diagnosed mainly in animals, and dogs and cats can highlight the risk of exposure to humans.

Still within living memory, leptospirosis was an endemic disease in northern Italy, even for humans. At one time it was quite widespread due to activities that resulted in exposure to the risk of contracting the pathogenic bacteria, such as working in rice fields. In fact, leptospires survive in fresh water, in the mud, and the soil and damp vegetation; for this reason they thrive in flooded places and during floods.

Nowadays, infection in humans is sporadic and it is mainly diagnosed in livestock and pets. The reduction in the number of cases has progressively led to a lessening in the awareness of the disease, resulting in a decrease in the means to diagnose and prevent it.

However, leptospirosis still remains a major health problem, not only because of the close coexistence of people with pets, which could pose a risk of transmission of infection to humans, but because dogs and cats can play a sentinel role, or can highlight the risk of exposure to humans.

The Istituto Zooprofilattico Sperimentale delle Venezie therefore undertook a research project (RC 16/12, financed by the Ministry of Health) with the aim of updating the knowledge regarding the spread of leptospirosis in pets in Italy.

The study also assessed the effectiveness of available vaccines and diagnostic methods both at a laboratory and a clinical level. 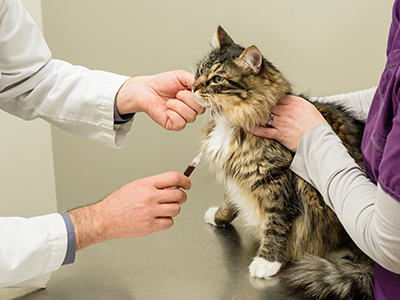 A research project undertaken by the IZSVe studied serovariants of leptospira circulating in Italy in dogs and cats, to try to identify the risk factors and test the adequacy of laboratory tests, rapid screening tests and vaccines available on the market. The project is based on collaboration between veterinarians and veterinary professionals of the National Health System.

The specific objectives of the project were:

In total 54 private veterinary facilities from all over Italy were involved in the study. They provided the IZSVe laboratories with samples (blood serum and urine) and data from leptospirosis cases and from control samples using healthy animals.

The following were collected and analysed:

The study found that the symptoms of the confirmed cases are mainly hepatitis and kidney failure, which are the classical forms. However, non-specific symptoms were also observed, such as vomiting, diarrhoea, difficulty in breathing, fever and exhaustion. 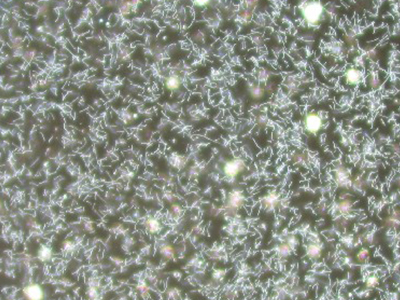 The anamnestic and epidemiological data collected did not allow the identification of specific risk factors. This means that all dogs, whether they live in cities or in the country, should be considered at risk of infection. The research also confirmed that the diagnosis of leptospirosis is complex, and must include clinical data, medical history and laboratory results.

The research project confirmed the circulation in Italy of infection by Leptospira; in particular of some of the most common serogroups, such as Icterohaemorrhagiae, Pomona, Australis, of which 8 strains were isolated that were responsible for clinical disease. A ninth strain, although not fully characterized, has confirmed the circulation of the serogroup Grippotyphosa, which was the most common, from a serological point of view, in the cases analysed (70%).

The anamnestic and epidemiological data collected did not allow the identification of specific risk factors that were significant from a statistical point of view: a result which is in line with the latest scientific publications on the subject. This leads us to understand that all dogs, whether they live in cities or in the countryside, they go hunting or spend their lives in the apartment, must be considered at risk of infection.

The diagnostic test by microagglutination, used routinely by the IZSVe, was confirmed to be the most appropriate means for the serological diagnosis, while none of the evaluated commercially available kits for rapid screening had a sufficiently high level of sensitivity. A confirmed infection diagnosis of leptospira can also be achieved through direct research laboratory analysis (PCR), but the diagnosis of leptospirosis is complex and must include clinical data, medical history and laboratory results.

Serological data on dogs suggests the vaccines available today are much better than those used in previous decades, however, they do not ensure complete protection. In particular, the circulation of circulation serogroup Pomona was highlighted, which is currently not covered by any vaccine on the market.