New diagnostic strategies for the control of avian mycoplasmosis 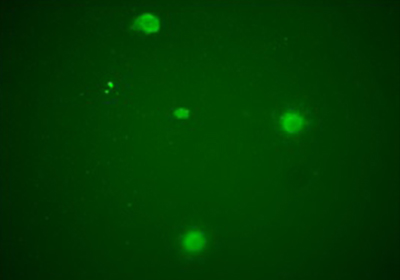 Mycoplasmas are bacteria without the cell wall which cause infections in poultry especially at respiratory and articular level.

Mycoplasmas are bacteria without the cell wall which cause infections in poultry especially at respiratory and articular level.

They are the smallest single-celled organisms found in nature that can replicate autonomously, particularly difficult to grow in vitro, but can cause heavy livestock and economic losses in the poultry industry.

Researchers at the Istituto Zooprofilattico Sperimentale delle Venezie have developed a combined strategy against avian mycoplasmas that detect the disease in the animals and give also more information about that particular mycoplasma (RC 15/10).

The mycoplasmosis problem requires an epidemiological approach, a way of looking at the problem from a different and deeper perspective – says Salvatore Catania, veterinarian, head of the Laboratory of avian medicine avian of the IZSVe – With this study we evaluated the presence of different strains in the farms. The information we collected will help to effectively plan interventions and therapeutic vaccine on farms and control the disease 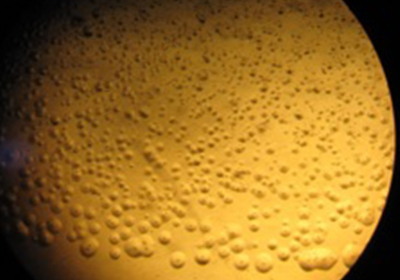 Avian mycoplasmas species are over 25, but only four are of interest to the poultry industry:

The ease of transmission of these microorganisms, the difficulty of in vitro growth, as well as the complex strains distinction implied many obstacles in the study of their epidemiology, leading to limited results of the control plans

The biomolecular methods in veterinary medicine have determined, for mycoplasmas, a simplification of diagnostic activities, relegating the isolation culture to a secondary role, and consequently limiting the ability of in depth analysis.

“The research of the Istituto Zooprofilattico Sperimentale delle Venezie in this area was based on the use of both classical methods, such as isolation culture, and innovative methods, such as molecular investigations for genetic characterization – says Catania – With this approach we were able to maintain the high standards of sensitivity and specificity, typical of the use of biotechnology, and at the same time to deepen the study of the pathogen, who were isolated and kept alive in our laboratories”.

The biomolecular methods have allowed to characterize some strains of MG and MS, enabling a rapid and fast translation in the industry of the knowledge obtained, and the adoption of appropriate strategies for the containment of the pathogen.

For example an isolated strain of MG was not producing typical clinical forms because of its sensitivity to heat, that was detected in the laboratory. This resulted in a rapid diffusion of the same strain within the poultry farm involved, precisely because of the lack of recognition of the clinical suspicion.

This knowledge allowed to report and highlight the issue, and consequently to improve measures of containment of the pathogen, causing a sharp decline in prevalence in the specific area. 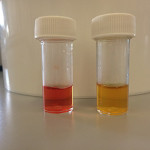 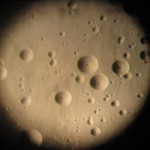 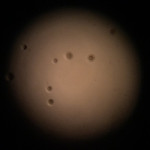 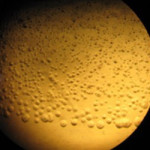 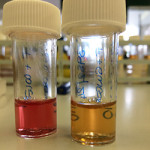 Colonies of mycoplasmas and culture media

A further example has been the characterization of a strain of MS involved in alterations of the shell of the eggs. The study allowed to quantify the minimum concentration of antimicrobial substance that inhibits the growth of the organism. So a more effective antibiotic therapy was identified and evaluated in the field. The strain was then used to reproduce in an experiment the diseasease and lesions found in the field, coming to the conclusion that not all strains of Mycoplasma synoviae are capable of certain alterations of the shell.

Finally detecting Mycoplasma iowae, considered eradicated in turkey farms until a few years ago, allowed to focus on the source of the pathogen, laying the proper groundwork for a plan of containment.

“With the classical approach ‘clinical suspicion and biomolecular diagnosis’ – says Catania – probably the diagnosis would not have been so quick and easy as in our case, where insreadt the isolation of colonies attributable to mycoplasma permitted to identify them with DGGE (Denaturing gradient gel electrophoresis)”.

The knowledge of the needs of the industrial poultry sector associated to the knowledge and technology of laboratories can enable the development of diagnostic processes which allow, in addition to the diagnosis, also the production of additional data useful for the industry, for structuring application plan for the containment of the disease.

And that is the added value of applied research, when – as in this case – it contributes to the maintenance or achievement of high sanitary and production strandards in the food industry.