Skip to content
Home>Raw milk, an online videogame to communicate the risk to young people

Raw milk, an online videogame to communicate the risk to young people 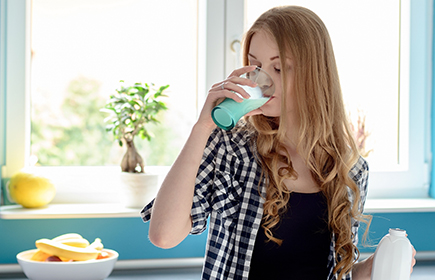 An IZSVe research study investigated perceptions regarding food risks related to milk consumption among teenagers, and has developed an educational video game to let consumers know the risks associated with consumption of raw milk.

If you ask a teenager what their favourite drink is, probably milk would be very near the top of the list.  Fresh or long-life, milk is one of the top tastes of young Italians, so much so that 8 out of 10 usually drink it every morning.

It is a food-stuff that is “represented ” as healthy and beneficial, but around which scientific knowledge and awareness of the risks for the consumer are still sketchy. This is the case, for example of raw milk, which the interviewees consider “more natural” and “healthier “ than packaged milk, and is to be consumed without further treatment.

Thus states a research project financed by the Ministry of Health (RF 02/2008) conducted by the Observatory of the Istituto Zooprofilattico Sperimentale delle Venezie on a sample of students aged between 16 and 18 years, resident in Italy.

Firstly, the researchers took stock of the current situation regarding the world of “milk” according to the perceptions, the knowledge and the consumption habits of young people. Then they produced a risk communication tool related to the consumption of milk and raw milk through the development of an educational video game, to make young people aware of the risks and direct them towards a more “critical consumption.” 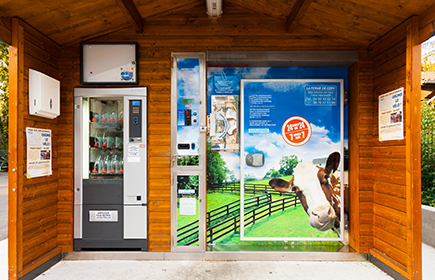 In Italy the sale of raw milk through vending machines was authorized in 2004. According to the national census of the Ministry of Health 957 vending machines are registered, mostly concentrated in the North.

In Italy the sale of raw milk through vending machines was authorized in 2004. This method of purchase has encountered a certain level of appreciation among consumers not only because of the price, lower than that of the milk sold in supermarkets, but also because it is considered to be a genuine product, linked to the local area.

The introduction of vending machines has revealed some health issues, as a result of outbreaks of Verotoxigenic Escherichia coli (VTEC) associated with the consumption of raw milk, and the occurrence of cases of Hemolytic Uremic Syndrome (HUS) in subjects at risk such as children.

The Ministry then established (O.M. 10/12/2008) that vending machines have to indicate that raw milk must be boiled before being consumed: an essential measure to eliminate the presence of pathogens.

According to the national census of the Ministry of Health 957 vending machines are registered and are mostly concentrated in the north of the peninsula (Lombardy, Veneto, Emilia – Romagna and Piedmont), while in the South the presence is almost non-existent. 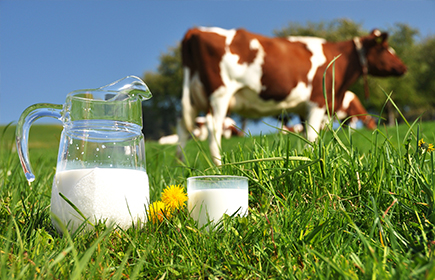 The students have shown a lack of knowledge regarding the characteristics of the various types of milk. Raw milk is considered “natural”, “untreated” and for this it is “healthier” and to be consumed without further treatment.

During the first exploratory, and qualitative, phase of the study, which involved 12 secondary high schools in the provinces of Rome, Padua, Palermo and Turin, the young people completed a questionnaire about their eating habits, their perception of food risk, the means they use to find out about food issues, and their specific knowledge regarding the dangers potentially presented by milk and raw milk in particular.

The students revealed a scarce understanding regarding the characteristics of the various types of milk that a family habitually consumes (raw, fresh, pasteurized, sterilized), and also concerning the proper consumption of raw milk collected from the vending machines.

The latter, on one hand, is considered “natural”, “untreated” and for this “healthier” and is to be consumed without further treatment, or on the other hand, is regarded as potentially infected because “you never know how the tanks are cleaned.”

A summary of the knowledge of this food-stuff has highlighted the importance of communicating the risks involved, aimed at and able to influence, the perception of food risks by promoting the adoption of healthy eating habits.

Considering the mass consumption of milk among young people (79 %), only 2.7 % claim to consume raw milk, while 22.1 % of respondents say they do not know what type of milk they consume.

Raw milk is not very common among young people and nearly half of them reveal that, in addition to not having ever purchased raw milk from a vending machine, have never seen it in their own city.

The data, moreover, reflects the nationwide distribution of the vending machines: in the provinces of Padua and Turin, where the presence of such distributors is higher and known to young people, the consumption of raw milk is more frequent than the provinces of Rome and Palermo. 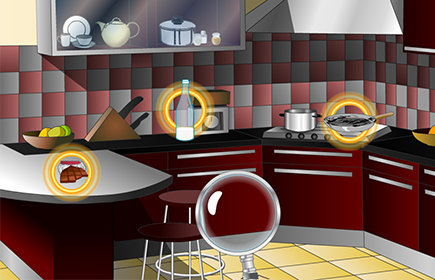 An online video game was developed in the graphic adventure style that allows the internalisation of knowledge regarding the milk production chain, and proper storage and consumption practices.

In the next step of the project an online video game in the graphic adventure style was developed, taking into account the information gathered from the young people in the exploratory phase.

The young people that played the game were able to internalize new knowledge regarding the milk production chain and its conservation, along with the processing and controlled distribution of raw milk, and especially regarding food risks and possible poisoning.

The game contained a series of questions that ranged from asking about poisoning to the various types of milk, the sanitation standards in the cow-shed to the correct habits to be maintained at home for the conservation and consumption of raw milk.

359 students played the game and the average number of correct answers was 5.84 out of 10

Overall the questions with the highest percentage of wrong answers were those relating to:

To evaluate the effectiveness of the spread of food safety awareness and the communication of risks involved the young people completed the same initial questionnaire after they had played the game. This showed an improvement in knowledge and gave some indication that the instruments such as that used in the study are more effective.

There was a change in the understanding of milk, with an increased level of attention regarding risks associated with food in general and milk in particular.

The students’ suggestions on usability, graphics, music and video game characters will allow the creation of communication tools that are increasingly responsive to the needs and language of young people, and the improvement of food risk communication strategies in general. 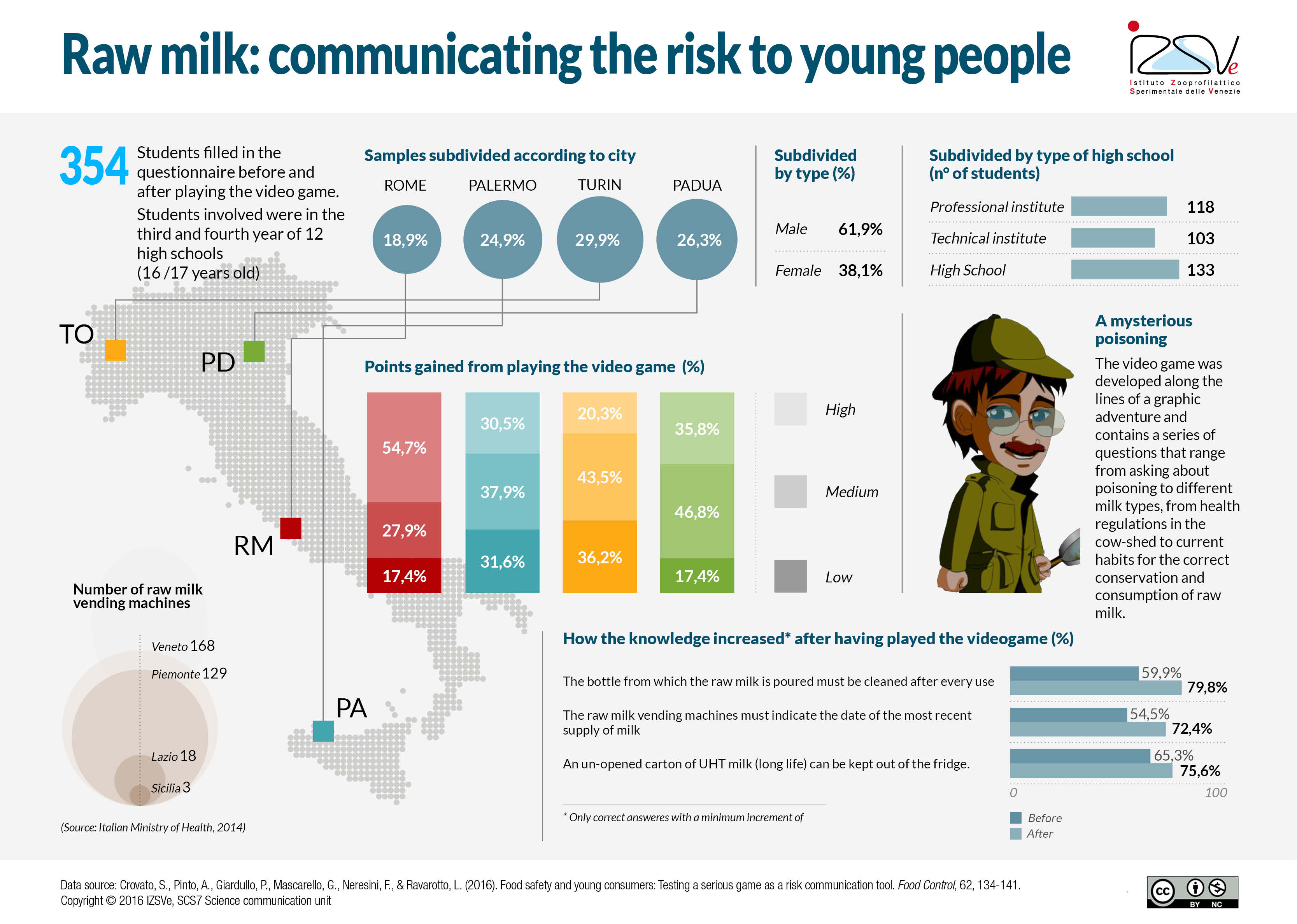