Skip to content
Home>Wild ungulates. The prioritization of pathogens in health surveillance strategies

Wild ungulates. The prioritization of pathogens in health surveillance strategies

In the eastern Alps, and also across the Alps as a whole, populations of wild ungulates (such as deer, roe deer, fallow deer and wild boar) are constantly increasing, and many species are now present in large numbers with a wide geographical distribution. 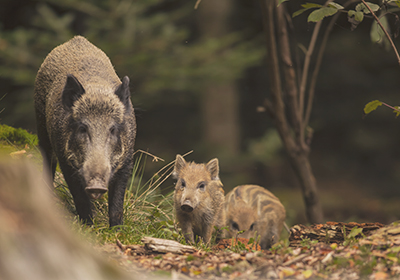 Throughout the alpine area the number of wild ungulates (such as deer, roe deer, fallow deer and wild boar) are constantly increasing. This phenomenon, along with changes in human land use, increases the probability of contact between wild animals, domestic animals and humans, and as a consequence the likelihood of pathogen exchange between them.

Human land use  has also greatly changed, from both the marginalization of certain areas and an increased public interest in visiting areas rich in wildlife to forms of non-intensive farming and the use of game as a sustainable food source.

All these factors have increased the probability of contact between wild animals, domestic animals and humans, and consequently the possibility of the exchange of pathogens between these groups.

It should be emphasized that this concept not only applies to the emerging or re-emerging infections (such as tick-borne diseases or hepatitis E), but also for “classic” diseases typically linked to domestic animals and nowadays eradicated from the Northeast (including some zoonoses such as tuberculosis or brucellosis).

These latter pathogens (and possibly others), if introduced, or reintroduced, could find in today’s wild ungulate populations an important factor of persistence and spread throughout the area, even as a real and true reservoir.

In this new context, in terms of protecting public health and animal health, the inclusion of the two following factors into the health surveillance strategy can make the difference:

A group of researchers from the Istituto Zooprofilattico Sperimentale delle Venezie together with a group of partners has tried to develop a model of this type on the Triveneto area, integrating knowledge from the fields of veterinary medicine, human medicine, ecology and wildlife management, data management and social research. The activities were carried out under the RC IZSVe 08/2012 project, funded by the Ministry of Health. 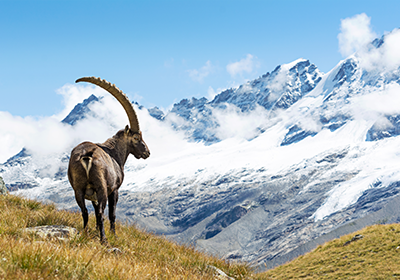 A group of IZSVe researchers, with the collaboration of several partners, have elaborated a surveillance strategy based on two aspects: 1) identification of those pathogens with greatest impact (health, economic, conservation) and those that are at a higher risk of being introduced / reintroduced; 2) identification as early as possible (early detection) of these same pathogens in wild populations.

The project phases area as follows:

The following organizations have contributed to this project: the National Reference Centre for wildlife diseases (Cermas); the Institute of Environmental Protection and Research (ISPRA); the Province of Belluno; the Province of Vicenza; the autonomous provinces of Trento and Bolzano; the Region of Friuli Venezia Giulia; the Trentino Hunter’s Association; the National Park of the Belluno Dolomites; the Natural Park of Paneveggio – Pale di S. Martin; the State Forestry corps; the University of Milan; the University of Padua; doctors of several hospitals and prevention services in the Triveneto.

Prioritization of the pathogens

The first phase provided the working group with a procedure for the prioritization of pathogens in wild ungulates of the Triveneto area. The principle ungulate diseases were identified from both scientific literature and from lists published by major European healthcare organizations. Specific evaluation criteria were drawn up, based on established social research methods, by a panel of experts made up of doctors, veterinarians and wildlife managers.

To date a “provisional list” prioritizing ungulate diseases has been drafted, on which the surveillance in the Triveneto area can be concentrated. The final list will be made available in the early months of 2017. 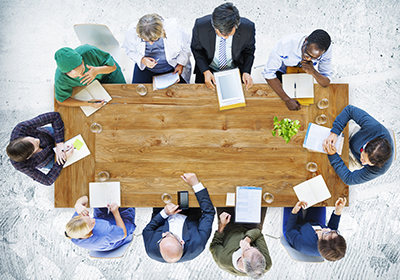 A list of priority diseases in ungulates was drawn upon which the surveillance in the Triveneto can concentrate. It was based on established social research methods and compiled by a panel of experts made up of doctors, veterinarians and wildlife managers.

The first 10 pathologies identified by the prioritization procedure are listed as follows:

It can be seen that zoonoses and several diseases with a high economic impact prevail in this list. It is also interesting that, alongside classic zoonoses, other potential emerging zoonoses stand out: for example hepatitis E that is linked to the consumption of meat from wild ungulates, or Q fever, subject to various assumptions, in relation to the possible role wild populations have as reservoirs on domestic animals and even humans.

The data management activities undertaken by the project can be considered as the first application at national and European level of the INSPIRE Directive regarding wild animal population data.

The compilation of the metadata catalogue and the geo-database according to these criteria has required a huge investment in terms of know-how and dedicated resources, and is considered essential to ensure the interoperability of this platform at a local, national and international level.

This interoperability, linked with the ability to view univocal and harmonized geographical information and the ability to know who collects such data in real time, will form a basis for developing surveillance strategies and control measures in a way that is more timely, shareable, and appropriate to the actual situation.

From the early detection point of view the main focus has been the development of the definition of “suspected case” for priority pathogens in order to form the basis of an effective passive surveillance (observation of symptoms or lesions in animals that are either living, culled or found dead that are suspected of harboring diseases). 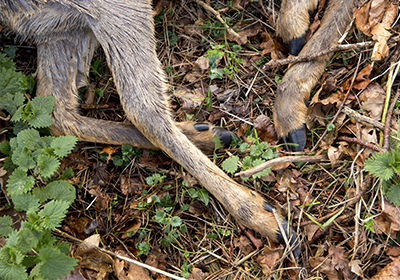 The project has enabled the creation of a surveillance network of wild ungulate diseases, based on standardized procedures and shared between operators. From the early detection point of view, the definition of “suspected case” for priority pathogens has been developed, in order to form the basis of an effective passive surveillance.

However, some of the pathogens considered as priorities – such as Trichinella, TBE, HEV – do not cause any symptoms or lesions that are evident in wild animals and can only be investigated by means of specific active surveillance plans (specific sampling to detect and measure the presence of an infection in animals).

The recognition of diagnostic methods in use at the IZSVe has therefore included both classes of pathogens within the priority diseases. To guide the activities in the diagnostic field, information and protocols published by other Italian and European groups and research networks were found to be very important. These have been adapted to the Triveneto situation and to the operations of the IZSVe.

The project has enabled the creation of a surveillance network for the diseases of wild ungulates, based on standardized and widely accepted procedures between operators, and a computer platform that can be used locally, nationally and internationally.

These activities that have been initiated so far will not end with this project: a surveillance strategy of this type requires a continuous supply of information and constant elaboration to increase its effectiveness and efficiency.

It should be emphasized that the results have a broad strategic and transferable value in the one health perspective, thanks to the pooling of knowledge and actors in the veterinarian, medical and wildlife fields. This allows each of these different fields to develop a strategy based on their own tasks and objectives, favoring the entry of new partners and the extension of activities to other wild species.