September 28th is World Rabies Day, the world day to fight against rabies.

In the morning, the IZSVe jointly with the Italian Ministry of Health and with the OIE/FAO REMESA Joint Secretariat based in Tunis, organizes an online round table to discuss with the 15 REMESA (REseau MEditerranéen de Santé Animale, the Mediterranean Animal Health Network) countries representatives and other international experts, the plans to be undertaken and strengthened with the aim of controlling canine rabies in the Mediterranean region.

In the afternoon, thanks to the technical-scientific collaboration of Food and Agriculture Organization of the United Nations (FAO), the IZSVe has organized a webinar for the area of Sub-Saharan Africa.

Finally, in the territories of the INTERREG Biocrime project partners, tablemats will be distributed in the territories of the project partners to raise awareness of the illegal trafficking of puppies. The IZSVe initiative was highly supported by  the Global Alliance for Rabies Control, the non-profit organization that coordinates World Rabies Day.

The #worldrabiesday campaign calls for active action to control canine rabies and achieve the goal of zero human deaths from dog-mediated rabies to be achieved by 2030 (#ZeroBy30). We can all work together with various sectors to prevent rabies.

Although dog-mediated rabies has been eliminated in most parts of Europe, the illegal trafficking of puppies represents a risk of re-introduction of rabies and other diseases, and at the same time it does not guarantee the minimum requirements for animal welfare. 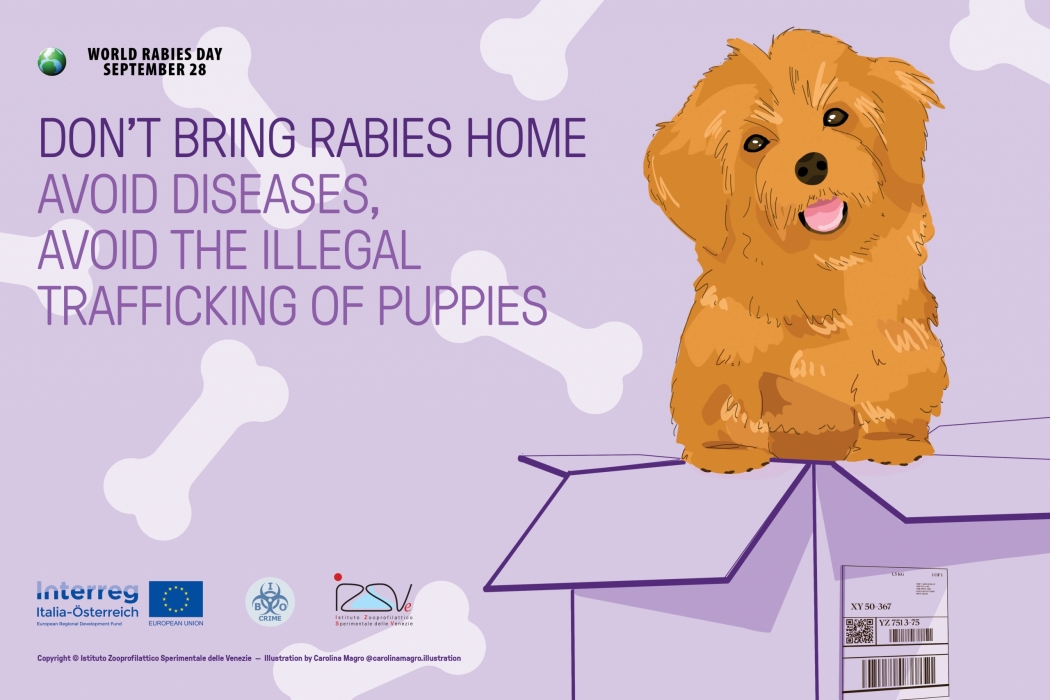 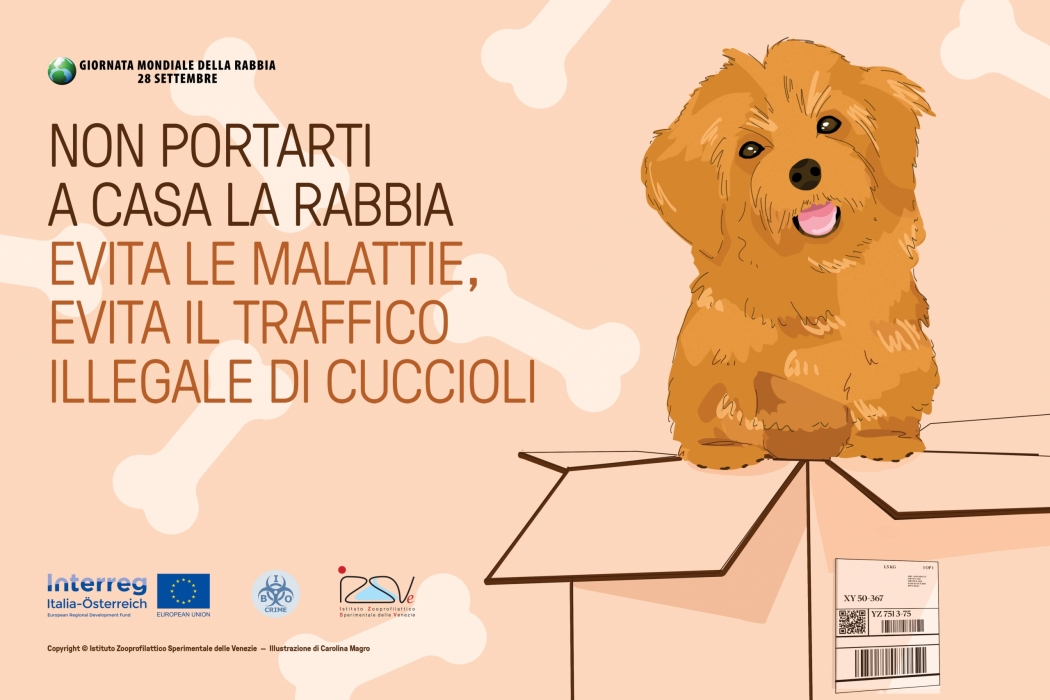 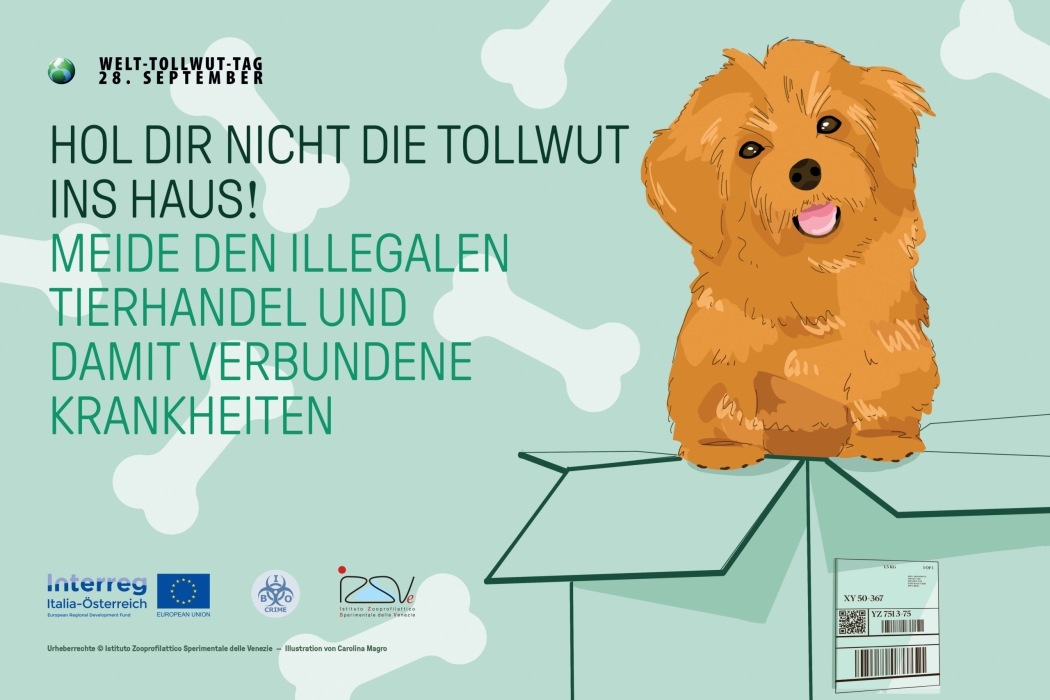