Skip to content
Home>Risk of influenza transmission from animal to human: the Flurisk project results

Risk of influenza transmission from animal to human: the Flurisk project results

The final report of the European project, Flurisk,  coordinated by the Istituto Zooprofilattico Sperimentale delle Venezie, has now been published on the website of the European Food Safety Authority (EFSA).

The aim of Flurisk, which kicked off in December 2011, was to develop a tool to assess the risk of influenza transmission from animal to human and to evaluate the pandemic potential of these viruses.

Joining forces has enabled the project partners to generate a list of animal viruses  ranked by their potential to infect  humans. “Opportunity maps” have also been produced  to highlight high risk regions where avian influenza viruses can potentially jump the species barriers and more easily infect humans. 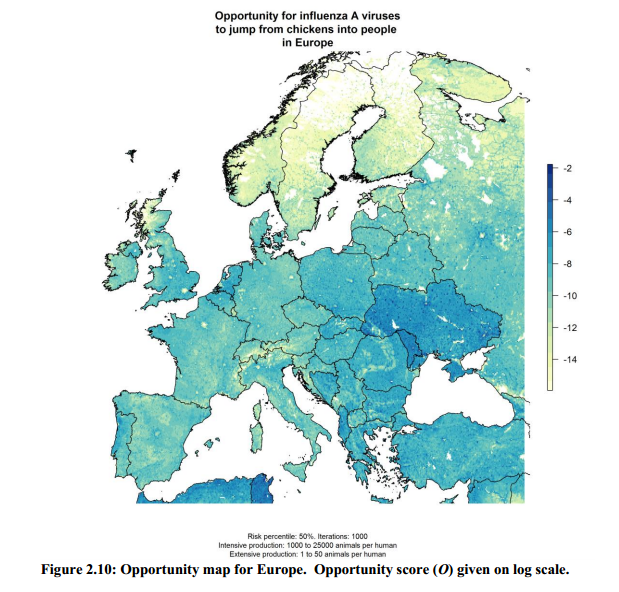 The project has brought about the development of a unique model which takes account not only of viral but also of epidemiological factors that contribute significantly to the risk of transmission:

Identification of the most common epidemiological and virological characteristics that potentially influence the jump between species, or between animals and humans, and the opportunity to assess the risk of influenza virus transmission, can provide a valuable form of support for world health authorities, engaged in the study of control options.

To find out more, go to: