Skip to content
Home>Tick-borne encephalitis: the first case diagnosed in a roe deer

Tick-borne encephalitis: the first case diagnosed in a roe deer

Researchers from the Istituto Zooprofilattico Sperimentale delle Venezie (IZSVe) have diagnosed the first case of tick-borne encephalitis (TBE) in a female yearling  roe deer, in Belluno Province (North-Eastern Italy), a recognized endemic area for this virus. No clinical cases of TBE had been previously reported in cervids. Besides the interest for differential diagnosis, this case refocuses attention on the need for an epidemiological surveillance of zoonoses consistent to a  the environmental changes. The study has been published in the scientific journal, Viruses. 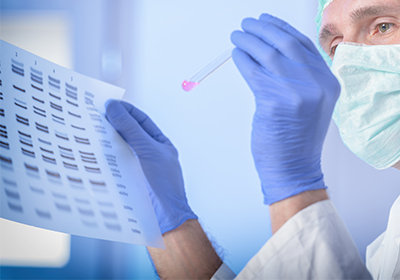 Researchers from the IZSVe have diagnosed the first case of tick-borne encephalitis (TBE) in a female yearling  roe deer, in Belluno Province (North-Eastern Italy), a recognized endemic areafor this virus. No clinical cases of TBE had been previously reported in cervids. Using an metagenomic approach, the researchers were able to sequence the respective viral genome, confirming a close correlation with the European subtype.

TBE, or spring-summer meningoencephalomyelitis, is an acute viral zoonosis of the central nervous system, mainly transmitted through infected tick bites on various mammals, including humans. In Europe, the main disease vector are Ixodes ricinus ticks. To date, there are five known viral subtypes, phylogenetically classified and characterised by different geographical distribution and severity of the pathology induced in humans. The European subtype is prevalent in Western Europe, presenting a case fatality rate below 2%. Using an metagenomic approach, the researchers were able to sequence the respective viral genome, confirming a close correlation with this subtype.

In Italy, TBE virus is currently limited to the north-eastern part of the country. Specifically, 40% of all human cases of TBE in Italy are reported in Belluno province, where the roe deer came from. The animal, aged one year, was identified thanks to the consistent monitoring of  the area by the Provincial Police, who has been working in close cooperation with IZSVe for many years. The presence of severe neurological symptoms, specifically ataxia, staggering movements and poor balance, muscle tremors, repetitive head movements, teeth grinding, hypersalivation, and prolonged recumbency, prompted the field officers to rapidly seek health assessment for the animal.

The TBE cycle depends on various interrelated factors, including climate, landscape, and the density of ticks and host animals on which they feed. A key role is played by both the animals competent in transmitting the virus to ticks, namely the small rodents, and by other animals, as wild ungulates. In fact, although not competent for viral transmission, ungulates are pivotal in ensuring the survival and abundance of tick populations. As a result, TBE outbreaks present an irregular distribution, ranging from a few square metres to several square kilometres.

The case described above should clearly not be interpreted as an alert, since the area of origin was already known to be endemic for the disease. In case of expansion to a new area, it would also be much more likely to observe clinical cases first in humans and then in animals. Rather, this study – albeit limited to just one case – highlights the importance of sanitary surveillance of wildlife and its ecological contexualisation,., in order to detect unexpected variations in the eco-epidemiology of diseases, possibly increasing the risk of human infection.

Read the scientific article in Viruses »